Triple or Nothing: 49ers and Seahawks NFC Wildcard Round Preview 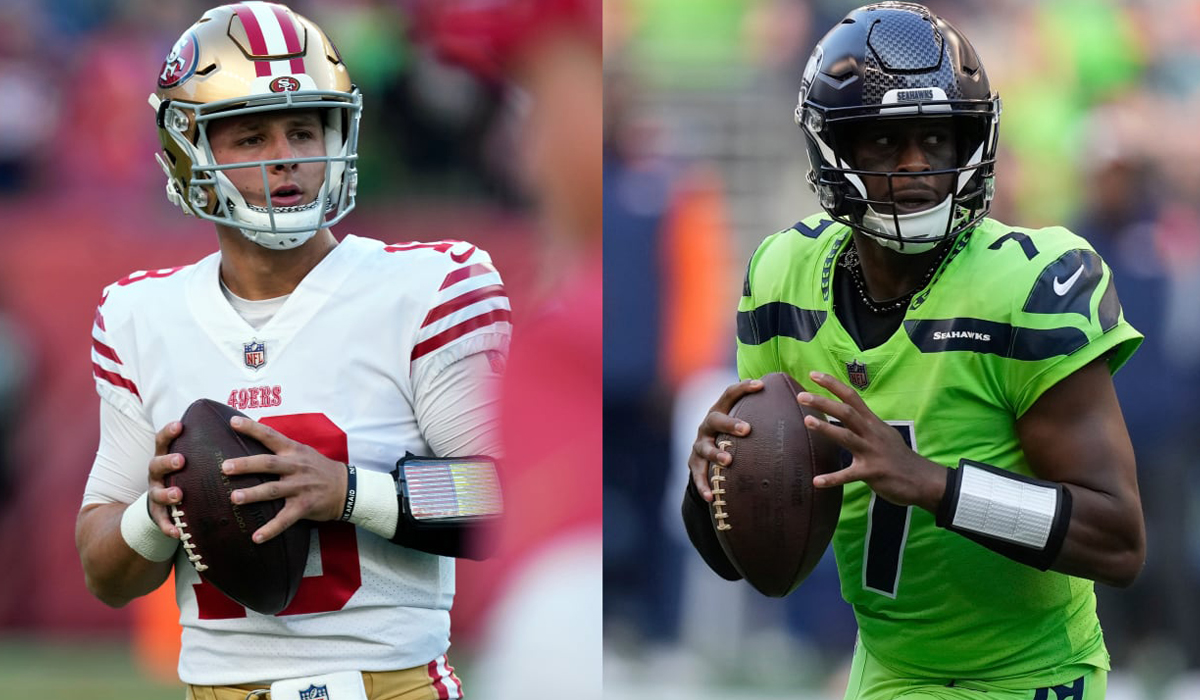 The San Francisco 49ers and the Seattle Seahawks will meet for the 48th time this Saturday in the NFL Wild Card round. Surprisingly, this will be only the second time they have squared off in the playoffs. Seattle has a 30-17 lead in the regular season head-to-head matchups with the 49ers. They also came away with the win in the 2013 NFC Championship game against San Francisco.

The Seahawks have yet to best the 49ers in two attempts this season. In Week 2, Jimmy Garoppolo accounted for two total touchdowns in his team’s 27-7 home victory over Seattle. Brock Purdy earned his third consecutive win in his indoctrination into the NFC West rivalry in the 49ers 21-13 Week 15 win in the Emerald City.

No team in the NFL is as hot as San Francisco right now. The Niners are riding a ten game winning streak with no signs of slowing down. They have survived injuries to two of their quarterbacks as well as several key defensive players. However, in spite of it all, they managed to continue playing their best football week after week.

Seattle fans watched intently as the Detroit Lions eliminated the Green Bay Packers from playoff contention. In doing so, they locked their Seahawks into the final postseason spot. Many did not believe they would be in the playoff hunt at all. After dealing Russell Wilson to Denver, backup Geno Smith led Seattle to the team’s first playoff appearance since 2020.

These two rivals are set to lead off the 2022 postseason at 1:30 PM on Saturday inside the friendly confines of Levi’s Stadium. Here is what to expect.

San Francisco boasts the highest scoring offense over the last three weeks averaging 37.3 points per game in that span. Led by their no longer irrelevant quarterback, Brock Purdy, the 49ers are throwing 2.3 passing touchdowns per game in their last three contests. This ties them for third in the league in that department. They have scored at least 33 points in five of their last six games.

The infusion of Christian McCaffrey into the 49ers backfield instantly sparked the offense as a whole. Now, as of last week, Elijah Mitchell is back in the mix. The second-year back scored two touchdowns against the Arizona Cardinals in his return from injury. In the last three weeks, San Francisco has rushed for an average of 164 yards. They also lead the league in rushing touchdowns per game (2.0) in that span.

San Francisco is set to take on one of the least intimidating defenses in the league on Saturday. The Seahawks are 26th in the league in terms of yards allowed per game (361.7). One of the biggest mismatches this week is in the running game. Seattle is 30th in the league against the rush, giving up 150.2 yards on the ground per game this season. Look for Kyle Shanahan to pounce on that weakness as he did in both of his meetings against Seattle in the regular season. San Francisco ball carriers combined for 359 total yards against the Seahawks this season.

Defense is largely considered the biggest strength of the 2022 San Francisco 49ers. They ended the regular season allowing the fewest points per game (16.3), and lead the league in terms of yards surrendered per game (300.6). They have taken out opposing running backs giving up an average of only 77.7 yards on the ground this year.

Individual accolades from this squad go to defensive end Nick Bosa and safety Tashaun Gipson Sr. Bosa closed out the regular season as the league leader in sacks (18.5). Gibson picked off four passes over the last six games of the year which shot him up the leaderboard in that department.

They face an offensive line that has allowed Geno Smith to be sacked 46 times which is the fourth most in the league. Smith is also in the top 10 in interceptions thrown (11). All told, the Seattle offense is ninth in the league scoring an average of 23.9 points per game this season. Their passing attack has yielded 231.4 yards per game and their running game is gaining 120.2 yards per contest.

San Francisco Will Win If

For the 49ers, the key to winning their 11th game in a row is to not try and fix what is not broken. Exploiting Seattle’s porous run defense should be priority one. Allowing Purdy time to continue to find Deebo Samuel, George Kittle, Brandon Aiyuk, and McCaffrey is a close second.

Unleashing relentless pressure on Geno Smith will also play a large part in San Francisco advancing to the next round of the playoffs. Bosa has registered three of the 5.5 total sacks against Seattle this season. Gipson snared one of the two interceptions in those matchups.

Seattle Will Win If

There is no denying the uphill battle the Seahawks are facing on Saturday. However, if they want to avoid losing their third straight game against the 49ers, it starts with shutting down McCaffrey. In their last meeting, McCaffrey rushed for 108 yards and a touchdown. He also caught six passes for 30 yards. Seattle will also have to find an answer for Kittle who found the end zone twice in Week 15.

The biggest challenge for the Seahawks will be finding an offensive spark. Seattle has scored just 42 points in their last two games combined. Smith has thrown for three touchdowns in that span, but has also thrown two interceptions. The strength of this team as of late has been running back Kenneth Walker. The rookie has rushed for 247 yards in his last two outings. If he can duplicate that success against the best run defense in the NFL, his team stands a chance at the upset. 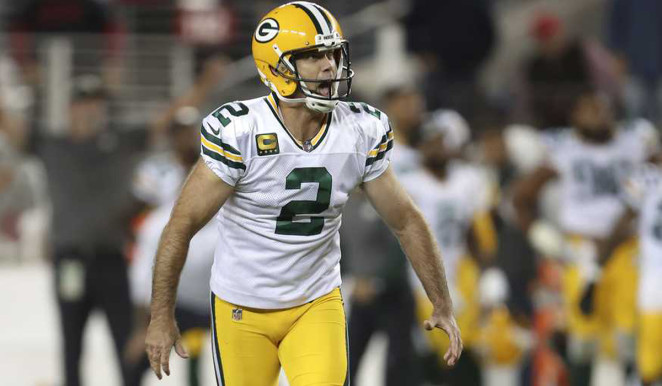 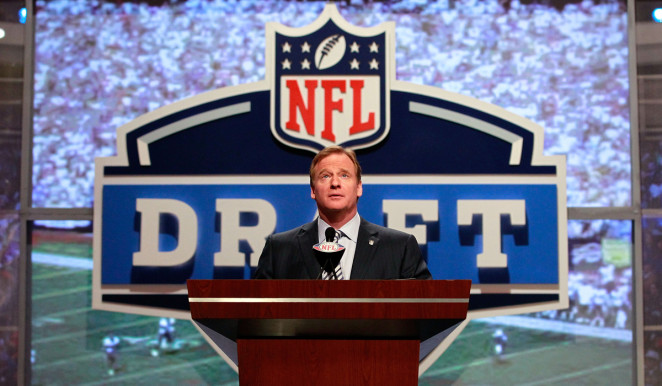 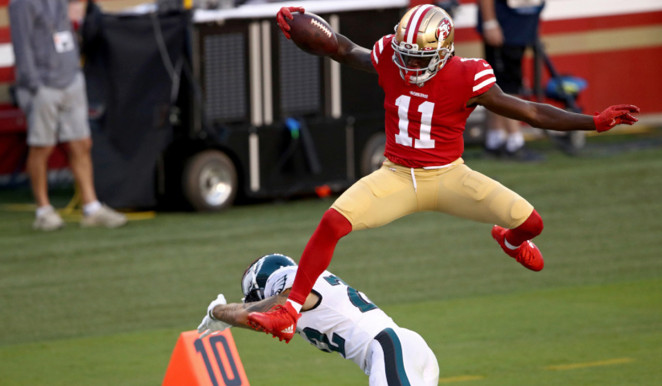 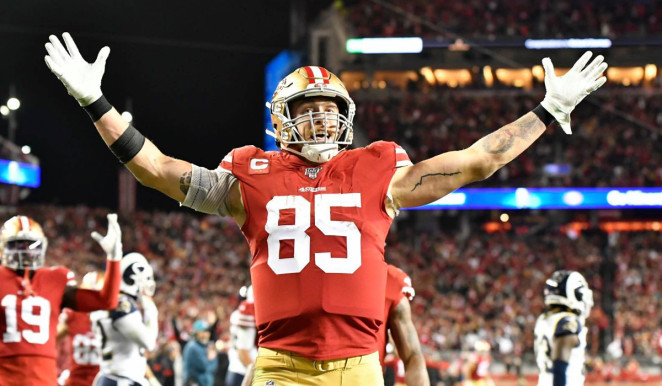 A win to commemorate the life of Clayton Beathard 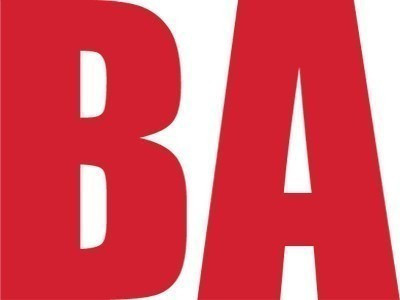 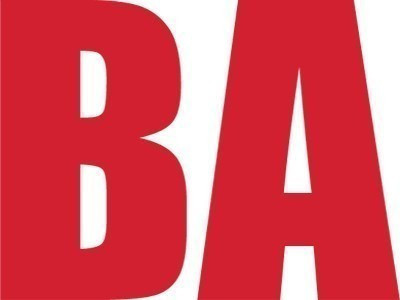 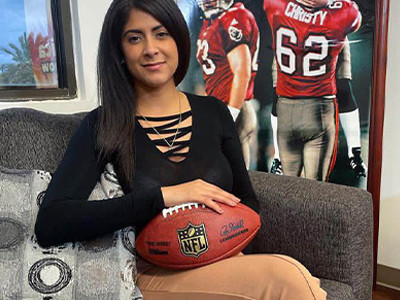 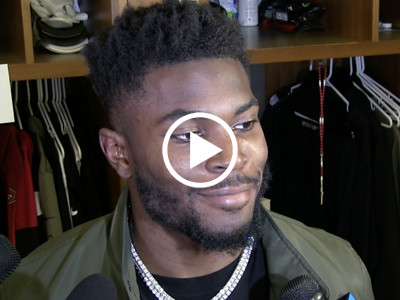 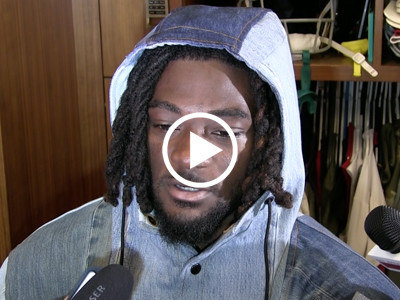 Wide Receiver Brandon Aiyuk after the 49ers 37-20 win over the Washington Commanders on December 24, 2022. 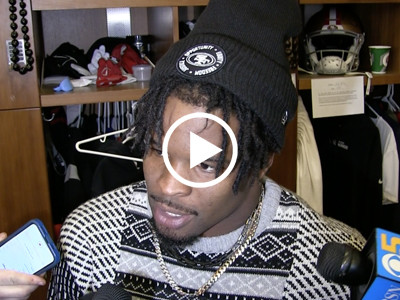 Linebacker Dre Greenlaw after the 49ers 37-20 win over the Washington Commanders on December 24, 2022.

Wide Receiver Brandon Aiyuk after the 49ers 37-20 win over the Washington Commanders on December 24, 2022.

Linebacker Dre Greenlaw after the 49ers 37-20 win over the Washington Commanders on December 24, 2022.